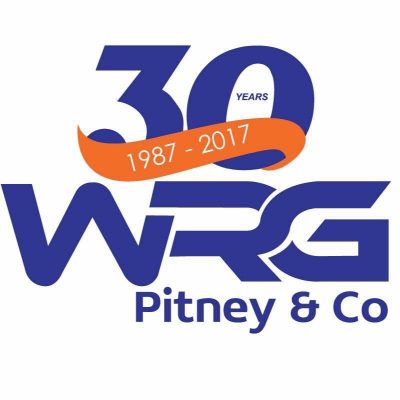 This week marks the 30th Anniversary of WRG Pitney & Co (1987 – 2017). 30 years ago our founders Jean & Bill Pitney opened the doors to our Sheerness shop in Russell Street.

Prior to opening WRG Pitney & Co in 1987, Bill & Jean traded as RH Pitney & Sons in Leysdown & Sheerness, in partnership with Bill’s parents and sibling

Here at WRG Pitney & Co we are celebrating our 30th anniversary.

In the early days Bill, Jean along with their son, Andrew and daughter, Christine, built the foundations of the company, with Jean managing the accounts, Andrew delivering gas, and Bill and Christine running the day to day opening of the shop! At this time, WRG Pitney & Co were supplying the majority of the caravan sites on the Isle of Sheppey with Calor gas!

Christine took charge of establishing Balloonatic with the support of her parents and brother. Simply starting off with a few boxes of assorted balloons on the floor, 25 years later, Balloonatic now makes up for half the company and now provide Balloons, Party Accessories, Fancy Dress, Chair Cover, Bunting, Sweet Cart & LED Backdrop Hire for private and corporate events.

We are a family run business and we take pride in our Sheppey roots and in our connection with our community. The company today as it celebrates its 30th Anniversary is directed by Christine and her son Sam – a family business, through four generations of the same family.